News: As a Spanish Resident, Can You Maintain Non-Resident Status for Tax Purposes? 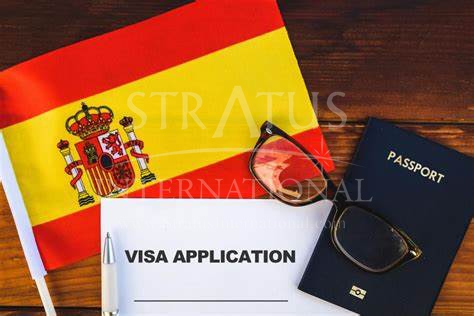 If you're a Briton who has always dreamt of seeking residency in Spain then Brexit has thrown something of a spanner in the works: you can no longer pack your suitcase, book a plane ticket, and reside in Spain on a whim. Instead, if you wish to spend longer than 90 days in every 180 day period in the country then you will need to secure a residency permit or visa. The Spanish non-lucrative visa is by far the most popular types of visa for non-EU residents to apply for if they wish to reside in Spain permanently. Citizens from any third-party country can apply for this visa type including British, American, and Chinese nationals. But is there a way of securing the Spanish non-lucrative visa without having to pay tax in Spain? Can you maintain your non-resident status for tax purposes whilst enjoying all the benefits of residing in Spain? Here's everything you need to know:

What is a Non-Lucrative Visa Spain?

In brief, the Spanish non-lucrative visa is a visa type that enables you to reside in Spain on a full-time basis, provided that any time you spend in Spain is non-lucrative: that means that you are not generating any kind of income during your time in Spain. The non-lucrative visa in Spain cannot be used by students, investors, or anyone seeking employment in Spain: for that reason, it is often known as the Spanish retirement visa.

In order to secure a Spanish non-lucrative visa, you must be able to demonstrate that you have the financial means to support yourself, and your family, for the duration of your time in Spain. When making your non-lucrative visa application you will also be asked to demonstrate that you have an adequate health insurance policy in place, and the funds to cover any health care costs that you might need.

Can You Pay Non-Resident Tax in Spain If You Have a Non-Lucrative Visa?

Why is the requirement to remain in the country for at least 183 days of the year significant? Because after residing in Spain for more than 183 days, you are considered to be a tax resident of the country. This means that you will be legally required to pay income tax on your worldwide income (regardless of whether that income was earnt in Spain). For this reason, if you are thinking of securing a non-lucrative visa in Spain and moving to the country, you should check whether there are double taxation agreements between Spain and your current country of residency: without these in place, you could end up being taxed on everything you earn twice.

Other Tax Implications to Consider When You Reside in Spain

As well as being obliged to pay tax on your worldwide income, if you purchase a property in Spain then you will also be subject to tax on this. This is particularly true if you let your property for any period of time throughout the year. Whilst you may be advised that you can you can avoid this by spending less than 183 days in Spain, it is likely that Spanish migration officials will have both a record of your visa applications and how much time you are spending in the country, and this could result in your non-lucrative visa application or renewal being rejected. It simply isn't worth the risk.

Should You Choose a Spanish Non-Lucrative Visa or a Golden Visa?

If you have sufficient financial means, and don't want to become a tax resident of Spain, then a Golden visa might be a better option for you. This visa is more attractive than a non-lucrative visa Spain because it allows you to spend more than 90 days in the country consecutively without having to become a tax resident of Spain. However, securing a Golden Visa comes with a very hefty price tag: to be eligible for this type of visa you will need to buy a property worth at least €500,000. Spending less than half a year at a time in Spain on this visa will help you avoid any tax implications: spend more than 183 days though, and you will still be subject to paying taxes on your assets. 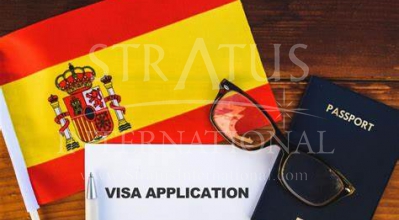 S1 form must now be electronically pre-registered before Consulate meeting. In recent days we have started the see the Spanish Consulates requesting that state-age pension applicants, with an S1...

As a Spanish Resident, Can You...

If you're a Briton who has always dreamt of seeking residency in Spain then Brexit has thrown something of a spanner in the works: you can no longer pack your suitcase, book a plane ticket, and...

The internet has been a godsend for looking for properties in Spain. The choice is fantastic. Almost too much choice. One companies properties that I did keep saving for later was a company called...

My recent purchase has gone really well. Considering the hard times we are all in with the covid19 virus. I am hoping that we can visit very soon. The team at Stratus have been very helpful with...